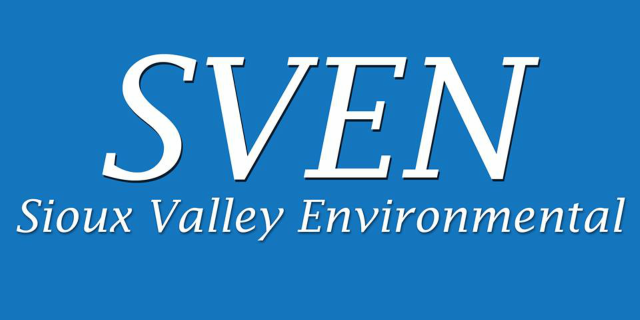 The Making of SVEN

SIOUX VALLEY ENVIRONMENTAL was founded in January of 1978 as Sioux Valley Enterprises by J.R. Yde in rural Renner, SD. The initial focus of the business was addressing scaling and discolored water problems in municipal and industrial water systems, and providing bio-augmentation and odor control services to municipal and industrial wastewater systems. Specialty chemicals and chemical injection equipment formed the basis of the business.

The business survived the recession and high inflation of 1979-1981 with some difficulty, as prices increased almost weekly, causing problems for the business and its customers. The mergers and acquisitions, so common in business since the late 1970’s, did not leave the business unaffected. The buyout of Wallace and Tiernan and its loss as a supplier, a major percentage of sales for Sioux Valley Enterprises, left a void that had to be filled. The company was able to take on Chlorinators, Inc. and LMI chemical pumps to fill the demand in some of the market.

In the early 1980’s, the business took on two new lines that expanded the opportunities to grow. The addition of Neotronics gas monitors and Stockhausen polymers (coagulants and flocculants) opened new markets for the entire product line. To meet a growing demand for chemical mixing and injection systems for smaller water and wastewater systems, Sioux Valley Enterprises began building its own line of equipment.

In 1982 the name of the company was changed from Sioux Valley Enterprises to Sioux Valley Environmental to more accurately identify the focus of the business. The SVEN acronym was retained, and the chemical mixing systems were sold under the name SVENMIX.  The company also took on the Sta-Rite line of water and wastewater pumps.

In 1984 the business moved to a new office in Renner. Raven Industries of Sioux Falls contacted the company about partnering to develop new products for the water and wastewater market. A number of products reached the prototype stage, but the only product that was taken to market was the SVENAIR Aerator. The SVENAIR was a floating aerator designed for wastewater lagoon applications. The first SVENAIR was installed in a lagoon at the wastewater plant in Yankton, SD. The aerator business had steady growth until 1994 when the manufacturer of the motors changed its wiring method. This caused the motors to fail after operating for just a few hours. Being unable to find a suitable replacement, this phase of the business was closed out.

In 1987 the office was moved to new quarters on 475th Avenue in Renner. This provided expanded office space, lab space, and warehouse and shop space. This also marked the beginning of a partnership with VULCAN Industries in the development of their Rotary Drum Thickener. The Rotary Drum Thickener is used to thicken or dewater wastewater sludge. VULCAN manufactures screening equipment for wastewater applications. SVEN was contacted to provide polymer mixing systems, expertise in polymer selection, and systems operations. This partnership still continues today.

In 1990 SVEN took on the Technical Products Corporation product line of specialty Phosphate based products, which greatly expanded the companies capabilities to provide a broader customer base with potable water corrosion control. This was of particular importance with the implementation of the EPA Lead and Copper Rule. SVEN was now able to provide Lab/Bench Scale Testing to municipal clients and follow up with full system implementation of programs to achieve compliance with the Lead and Copper Rule.

Throughout the 1990’s SVEN worked with municipal and industrial water and wastewater systems on achieving compliance with a myriad of EPA rules, which became an increasing percentage of the business. Being a small company, SVEN had and continues to have the flexibility to provide the most economical solutions for small and medium size systems. This allows SVEN to stay ahead of the competition and continually expand its business in size and scope.

At the 2004 WEFTEC convention in Chicago, SVEN formed a strategic partnership with SROBERTSCO of Eden Prairie; MN. SROBERTSCO is a representative of capital equipment for water and wastewater treatment. By partnering with SVEN, SROBERTSCO can offer a totally integrated package for the construction of water and wastewater treatment facilities. The synergy this partnership has produced has proved beneficial for both parties.

SVEN moved its operations into Sioux Falls in the spring of 2001 and has expanded to new office space twice since then.  The current location was built in the summer of 2013 and opened on December 1st, 2013.  SVEN continues to move forward in all aspects of its business. It has continued to be profitable even during the economic difficulties of the late 2000’s and following the unexpected passing of Founder and President, J.R. Yde. Today, J.R.’s son, Dane Yde continues the business operations. By maintaining its initiative and flexibility, the future is promising.